Books: Better Than Beethoven or a Cup of Tea

I’ve always suspected that books are good for me, but not only do they expand the mind and imagination, recent stats show that reading reduces stress levels

One study reported that reading for as little as 6 minutes a day can lower stress by 60%, slow the heart, ease muscle tension, and alter a person’s state of mind.

This is all excellent news. And it gets better: not only are book readers healthier, they live longer, an advantage that holds true across gender, race, wealth, or education. 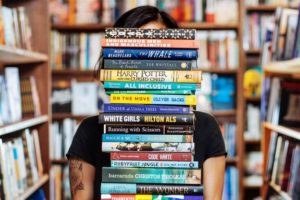 This was the cheery headline in a recent issue of Now magazine.

But did print books ever leave? When ereaders hit the marketplace in the early part of the millenium, it was assumed they’d make dinosaurs of paper books. Prognosticators pointed to the music industry, where cassettes, then CDs, then streaming appeared to deep-six vinyl until, lo and behold, vinyl made a comeback.

But books aren’t following that trajectory. A recent PEW survey into American reading habits claimed “a growing share of Americans are reading ebooks on tablets and smartphones rather than dedicated ereaders, but print books remain much more popular than books in digital formats.”

So Who is Buying Books?

The average Canadian book buyer is a 46-year-old working woman who is married and lives in the city.

This information comes from BookNet, which has been surveying book buyers since 2011. Their sample may be relatively small, but their profile of the Canadian book buyer has held true for the past five years.

And where is this woman shopping?

In the US and the UK, online sales have surpassed in-store sales but here in Canada we still like to shop in person. It may be that we are simply lagging behind the curve: online book shopping has increased from 29% in 2013 to 45% in 2015. It remains to be seen whether bricks-and-mortar stores can continue to hold onto readers, but so far, so good. And new indies are opening all the time: the latest is Hunter Street Books, being launched on Friday in Peterborough by bookseller/novelist Michelle Berry.

Is the Digital Apocalypse Upon Us? 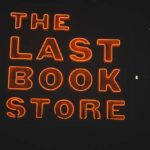 Online sales, of course, can be digital or print. In Canada, it seems, we buy mostly paper. For the past three years, BookNet reports, the pattern is holding: hardcovers sales account for about 24%, paperbacks 54%, and ebooks around 17%. Audio books are up a bit, but still marginal.

Regardless of the format, the average number of books a Canadian reader buys each month has remained relatively constant at 2.8 per month. What’s interesting is that readers who buy exclusively digital or paper books average 2.5 books a month, while ambidextrous readers who buy in both formats buy 3.5—over 40 books a year.

Stats can be misleading, of course. Surveys are often small and rarely adjusted for culturally diverse habits. And book sales stats include anything between two covers. Last year’s reported bump in paper book sales, for instance, was due in large part to the phenomenal popularity of colouring books—not exactly what most readers think of as “books.”

What Are We Reading?

But hurray! Literary fiction is number six—ahead of romance, self-help/pop psychology, humour, chicklit, and business books, which come last in the list of 34.

“Even as the number of ways people spend their time has expanded,” Andrew Perrin writes of the PEW survey, “the share of Americans who have read a book in the last twelve months—73 percent—has remained largely unchanged since 2012.” 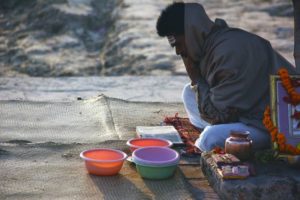 That may sound good, but Canada ranks only #21 in the world of readers, behind India (#1),Thailand, China, Hungary, Turkey, and Spain. Only Germany, Japan, the United States, and the UK read less than we do.

In the PEW survey, the average number of books read over the course of a year was 12. (Women on average read 14, while men read 9.)

What’s interesting is that reading is apparently no longer an old person’s sport. 80 percent of 18- to 29-year-olds reported that they read at least one book a year, compared to only 69 percent of seniors. Perhaps Now magazine is right: millennials will be the salvation of bookstores.

How Much is Enough?

Virginia Woolf said, “Read a thousand books and your words will flow like a river.”

I’m pretty sure I’ve read a thousand books, but my words more often flow like a freshet, or the occasional bubbling-up in an arroyo.

The truth is, I have no idea how many books I’ve read. Every so often I vow to keep track. I buy a special notebook and carefully enter every title. But I am undone by questions: Do I include books started but not finished? Books skimmed for information? Required reading for juries? Manuscripts, or just published books?

In the last years BCE, the Roman philosopher Seneca lamented that the world had too much to read. It was, he said, a cause of sadness and infuriation. Exactly what makes me give up my book list.

Milton must have kept track because it’s often said that he read every book ever written—possible, perhaps, in the early 17th century, but certainly not now.

William Gladstone, the British politician, claimed to have read 22,000 books in his lifetime. George Vanderbilt, the American heir, read 80 a year, for a total of 3,159.

Recently, I was waiting in my car in a parking lot. Two young women walked past, all legs and bare midriffs, clearly heading for the mall bookstore.

I practically jumped out of the car and hugged those lovely young women. If they keep that up, they’re going to live a very, very long time.

Question:
How many books did you read last year? Do you keep track?

Posted by
Merilyn Simonds
Merilyn Simonds is the internationally published author of 18 books, including The Holding, a New York Times Book Review Editors' Choice, and the Canadian classic nonfiction novel, The Convict Lover, a finalist for the Governor General's Award. Her most recent nonfiction is Gutenberg’s Fingerprint: Paper, Pixels, and the Lasting Impression of Books. Her latest novel Refuge was published in 2018. Woman, Watching: Louise de Kiriliine Lawrence and the Songbirds of Pimisi Bay will be published by ECW Press in April 2022.
Merilyn Simonds has posted 50 articles
Previous articleYou Can’t Judge a Book by its Cover
Next article Paper—Life’s Hard Copy