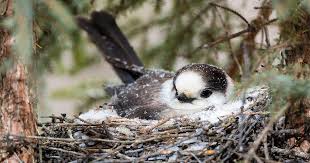 On March 25, 1945, a neighbour of Louise de Kiriline Lawrence followed a pair of Canada Jays carrying twigs among the conifers on the cliffs near the chute where the Mattawa River begins, east of North Bay. He spied the nest, and knowing Louise’s interest in birds, led her to the bushy white spruce and pointed up. Eight feet overhead, parent birds had woven dry sticks between a fork of branches, creating a frame for a nest of oak leaves, birch bark, bits of a wasp’s nest, and threads from tent caterpillar cocoons. On a mattress of fine grasses, animal hair, and breast feathers lay five white eggs spotted with olive brown, their small ends neatly nestled to the centre. 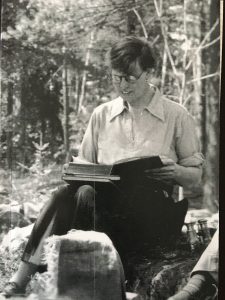 Louise returned to the nest, hiking two and a half miles through the snow-clogged forest armed with a watch, a mirror, and a blanket. “Thus I set out on my first nest-watching expedition with no previous experience but much enthusiasm.”

For four days she watched as the two jays sat incubating the eggs, stacked one atop the other like a double duvet. The top one would take a break and when it returned, the bottom bird would get up and they’d reverse positions. From above, it must have looked like a two-headed bird dozing on the nest.

On the fifth day, Louise arrived just before sunrise. The nest had been pillaged, all the eggs gone but one, still warm to the touch. Louise searched the surrounding bush and found the adult jays huddled together in a white spruce some distance away, miewing and trembling their wings and opening their bills to one another. Then they flew off. Louise watched, catching glimpses of them at long intervals, until they disappeared altogether. 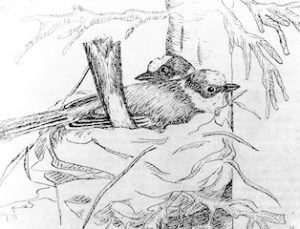 Canada Jays are so gregarious they’ve earned the nickname camp-robber, but they nest so early and in such wilderness privacy, that until Louise came along, no one had witnessed their incubation at length or reported it in detail. Not only was her report unique, but the stacking behaviour—an anomaly in the Corvid family except among nuthatches—immediately raised questions.

If Louise’s first nest-watching expedition had taken her to a Blue Jay’s nest or a Chickadee’s, it is unlikely she’d have seen anything that hundreds before her had not already seen. And if by chance she had spotted a behaviour that seemed to her unique, her observation would have been instantly corroborated or dismissed by others. Instead, her first foray into watching birds in their nests took her into almost-virgin ornithological territory, alive with questions and controversy, riddled with gaps waiting to be filled. How could she resist?

Into the Great Unknown

The Internet creates the impression that everything is known about everything, but in the natural world, that’s far from true. The Imperial Woodpecker, which lived in the pine and oak forests of northwestern Mexico, went extinct at the end of the twentieth century without anyone having documented its life. Whatever is known about this magnificent bird is gleaned primarily from a 16-mm colour film shot in 1956 and discovered just ten years ago. The famous Ivory-billed Woodpecker, second in size only to the Imperial, likewise went extinct (most people think) before its complete life history was written: no nest was ever observed for the full length of incubation. 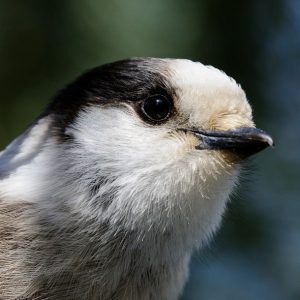 Watch does not mean the same thing as look, see, view, observe. It is all those things and more—a specific kind of looking, done with great attention, over a period of time.

Watch has another meaning, too: to exercise caution or great care, in the sense that a person walking through dense forest has to watch their step.

A watch is a vigil. A devotion. On the sea, it is also the time a seaman is on duty, usually four hours at a time. A nest-watch, on the other hand, lasts as long as the watcher.

“Watcher” is a very old word, coined sometime in the early thirteenth century. “Bird-watcher,” by comparison, is a very young word. It came into the language in 1945, the same year that Louise sat under her wool blanket in the woods for six hours at a stretch, watching two Canada Jays at their nest until snow fell so thickly onto the top bird’s back that it had to get up every so often to shake it off, stomping along the branch as if to warm itself. When the wind picked up, whipping the snow into a raging blizzard, Louise left her watch and waded back through the forest, barely able to see her way but exhilarated by all that she had seen. 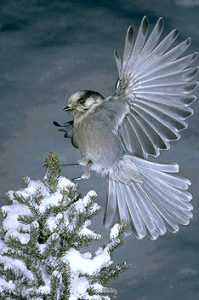 Already the Mourning Doves are back, coo-coo-cooing under our bedroom windows. And yesterday I saw a first-year red-tailed hawk high on a wire, its breast still white, its tail feathers looking a bit bedraggled from its flight north. I watch the House Sparrows mobbing the feeder, searching for new arrivals—an American Tree Sparrow perhaps, or Praise be! one of the Song Sparrows that typically nests nearby, providing my playlist to the spring.

I used to call sparrows LBJs—Little Brown Jobs. An indistinguishable, dun-coloured mass. I know better now. The mixed flocks of winter can harbour finches, chickadees, cardinals, any number of species looking for safety in numbers. In February, I was thrilled to see what I thought were huge flocks of Snow Buntings, until I watched closely and realized that almost half were pert little redpolls.

I have learned my lesson. I watch even when I think I know—and most intently when I am absolutely sure.

Posted by
Merilyn Simonds
Merilyn Simonds is the internationally published author of 18 books, including The Holding, a New York Times Book Review Editors' Choice, and the Canadian classic nonfiction novel, The Convict Lover, a finalist for the Governor General's Award. Her most recent nonfiction is Gutenberg’s Fingerprint: Paper, Pixels, and the Lasting Impression of Books. Her latest novel Refuge was published in 2018. Woman, Watching: Louise de Kiriliine Lawrence and the Songbirds of Pimisi Bay will be published by ECW Press in April 2022.
Merilyn Simonds has posted 50 articles
Previous articleLike a Bird in the Spring—LitBits #12
Next article The Long Game