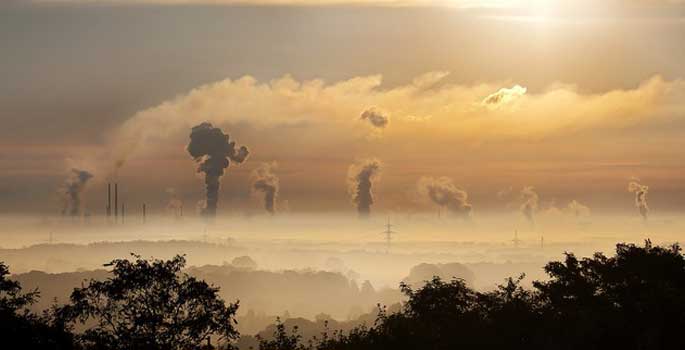 Lydia would never admit it to anyone, but she loved to dust. Sometimes, although it pained her, she left her dusting cloth inside the cupboard for three days in a row, just for the thrill of seeing that shiny, dustless track when she stroked the cloth across a table.

She was never happier than she was on dusting day. She marked it on the calendar with a happy face so her husband, the only surgeon in the town, would not make fun of her small joy. In her heart, she believed that the satisfaction that welled up in her at the sight of a shiny surface was as meaningful as what she imagined he must feel every time a wound healed over in a smooth, pale line.

Lydia’s only sadness was that she couldn’t dust every day. When a neighbour complained about the dust in her house, Lydia offered to help. Before long, she was dusting all the houses on the street. Her friends were happy to have their houses shine and happy to keep the secret that it was Lydia’s work and not their own. But no one was happier than Lydia. Even her husband noticed that the worrisome three-day cycle of her moods had miraculously leveled.

The further she went down the street, the dustier the houses became. So when the house at the very end of the block came up for sale, she suggested to her husband that they buy it.
“It is much bigger, more fitting for a professional of your stature,” she said over the perfect dinner she had prepared. “The patio is large enough to entertain all your colleagues, and wonderfully private, closed in by a high wall covered with lush vines.”

Lydia arranged the move, carefully dusting every book and ornament before she packed it in its labelled box. When the house sale closed, she picked up the keys from the lawyer’s office, telling her husband that she didn’t want him to sacrifice so much as a second of his valuable time for something as insignificant as a move. She opened the box of new white dusting cloths she’d bought for the purpose and cleaned the new house top to bottom. She even hosed down the ivy that crawled over the wall.

By the time she led her husband into the house, everything sparkled, even what no one could possibly see: the backs of the dressers, the narrow space behind the books on the shelves.

That first week Lydia was delirious with happiness. She had bought herself a long linen duster to wear over her dress and a dustcap to cover her dark curls, booties for her feet and dusting gloves of fuzzy chenille that she slipped on to glide her hands over the carved marble figurines and wooden bird sculptures her husband collected, gathering microscopic particles of dust too tiny and dispersed to see, although by the end of the day, the palms and fingertips of the gloves were grey.

The new house, she discovered, needed a good dusting every day. When her husband idly asked at dinner what she’d done all day, she smiled her secret smile and said, “Oh, this and that.”

Her life was perfect. Every morning she woke to a fresh layer of dust that begged to be swept away in joyful glides of her white cloth. She bought a ladder and dusted the ivy. The hose simply sloshed the dust around; better to remove it altogether. Of course she had to cancel dusting the houses of her friends. Too busy, she said unable to contain a satisfied grin. The women looked at each other, lifting their eyebrows, certain she was having an affair.

Lydia was certain she had found paradise, a happiness that would never end. Then one morning, no dust. The tables, the counters, the chair rungs, the tips of the baseboards all glowed as brightly as if they had just been stroked. Lydia ran room to room, but it was the same everywhere. Not a speck of dust, not even on the ivy, each leaf sitting up in mockery, a bright chartreuse.

Still dressed in dustcap, booties, and the long linen duster, she rushed into the street, to the knot of women gathered in front of her house. Aha! she thought. A secret society of dusters as disappointed as I am!

But no, they were laughing, grinning ear to ear. She approached with a frown. “What happened?” she said, uncertain how to broach the subject of the vanished dust.

“They shut it down!” one woman said.

“No one knew it was there!”

“What was shut down? What are you talking about?” Lydia looked with alarm from one grinning face to the next.

“The crematorium!” they laughed in unison. “At last, no more infernal dust!”